David Weissman — producer, director
David Weissman moved to San Francisco in 1976. A longhaired refugee from the rapidly gentrifying bohemian enclave of Venice Beach CA, David was elated to find himself in such a beautiful city overflowing with activists, artists, performers, poets, hippies, drag queens and Deadheads. There were rebels and dreamers of every variety, thousands of whom were gays and lesbians, creating what was often referred to as the “Gay Mecca.”

David remembers the thrill of being at Harvey Milk’s camera store on the night of his election, and at the victory party for the No on 6 Campaign – the first major electoral victory for the emerging gay movement. Devastated by Harvey’s assassination just months later, David became more active in SF politics – working on political campaigns and as a Legislative Assistant to San Francisco Supervisor Harry Britt.

In 1981, David began taking filmmaking courses at City College of San Francisco – in a film department a bit larger than a broom closet with a great collection of instructors.  He began making offbeat comedies, usually with some kind of provocative or political edge, and found that he loved the medium, the process, and the opportunity to communicate with a large audience.

For years David made short films, which screened widely in festivals around the world.  He also worked on other people’s films (including Crumb, and In The Shadow of the Stars) and taught a variety of filmmaking classes here and there.  As people began to die of AIDS in the early and mid-80s, this began to affect the content of David’s films, particularly in the short film Song From an Angel which featured San Francisco performer Rodney Price doing a song and tap-dance about his own death, two weeks before he died of AIDS.

In 1990, David was the first recipient of the Sundance Institute’s Mark Silverman Fellowship for New Producers, which included a 4-month producing internship on the Joel and Ethan Coen’s Barton Fink.

In the mid-90s David became interested in HIV prevention policy, and independently produced a groundbreaking series of Public Service Announcements that specifically addressed the complex emotional and psychological stresses facing HIV-negative gay men living in the midst of the epidemic.

In 1998, David teamed up with his friend Bill Weber to co-direct the feature length documentary, The Cockettes. After a 2002 Sundance premiere, theatrical and broadcast release, The Cockettes received the LA Film Critics’Award for Best Documentary of The Year.

The Weissman/Weber team reunited in 2008 to begin work on We Were Here.

Bill Weber — editor/ co-director
Bill shifted into documentaries after more than 20 years as a high-end editor of groundbreaking commercials and music videos. Beginning with THE COCKETTES (co-director/ editor) Bill’s documentary credits include the HBO films LAST LETTERS HOME (Emmy nominated), THE FINAL INCH (Academy Award nominated), and THE ALZHEIMERS PROJECT. Bill also edited the 2007 Telluride-premiere documentary-feature HATS OFF, and for The History Channel Bill edited SEX IN 69 and the Emmy-winning GOLD RUSH.

Marsha Kahm — director of photography
Marsha was the cinematographer on Weissman and Weber’s film, THE COCKETTES. She has been freelancing as a Director of Photography in the Bay Area for over 25 years. Her shooting, both domestic and international, has included documentary and promotional work for HBO, WNET, KQED, MTV and the Movie Channel, as well as for independent producers. Marsha’s documentary work has been shown at the Sundance Film Festival and PBS, garnering awards at the New York, Chicago, Berlin, Toronto Film Festivals and the San Francisco International Film Festival.

Holcombe Waller — music
Holcombe is an American composer, singer and performance artist. He has performed across the United States and Europe, both solo and with his ensemble, The Healers.  In addition to releasing 4 albums, Holcombe has also focused on commissions for multidisciplinary performance, dance scores, collaborations, and film scores. He has recently completed “Into the Dark Unknown,” an album of music from his touring theatrical folk concert by the same name. 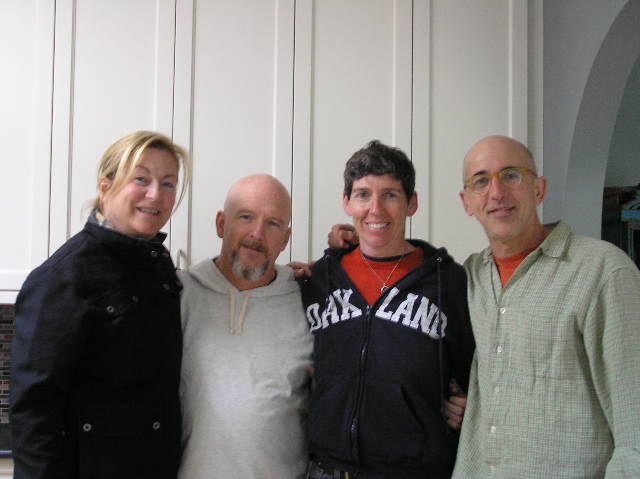 1 Response to The Creative Team